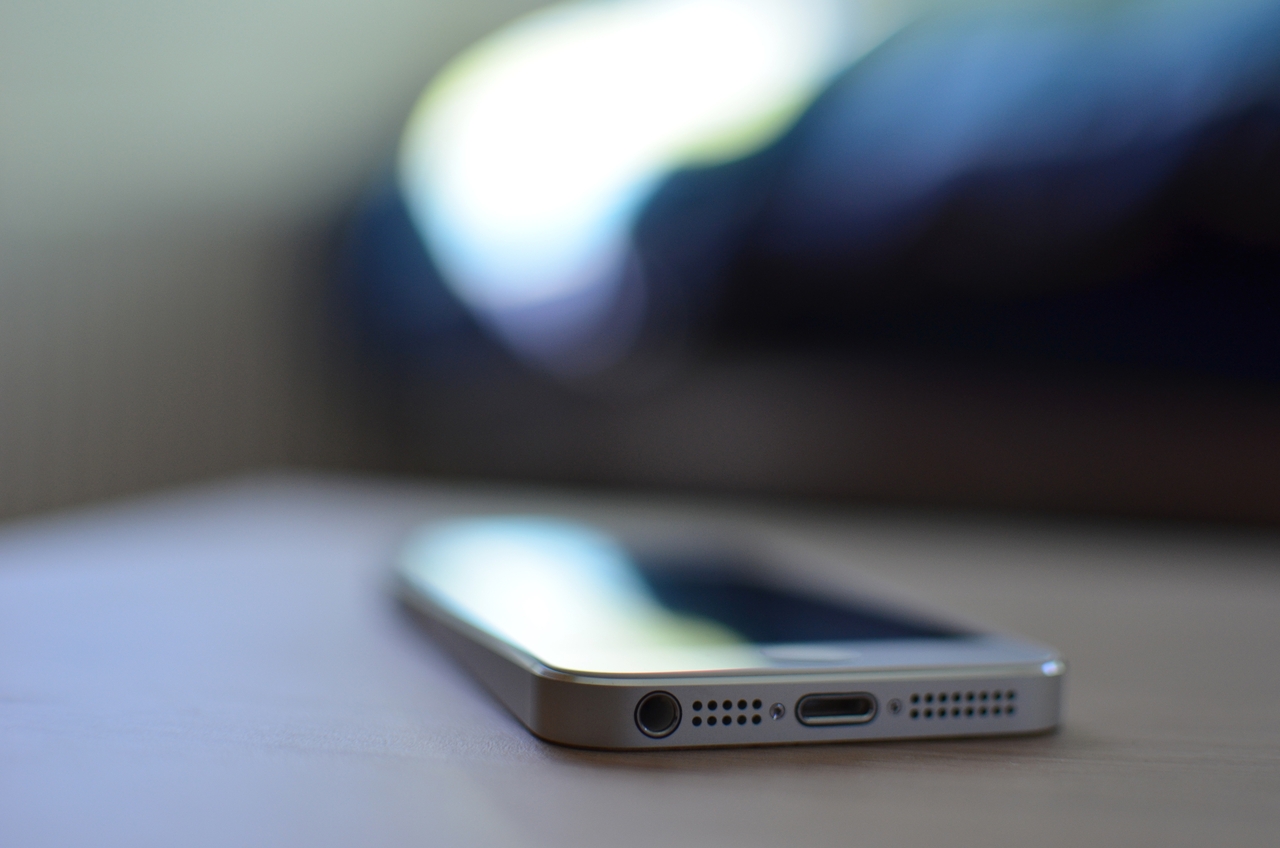 I recently got my first smartphone. It’s probably the best time-waster ever; I can surf the internet, creep on friends on Facebook, and scroll through adorable stuff I can’t afford on WANELO, while texting, calling, and snapchatting all at the same time. All of the things I do on it are completely unnecessary. Once during the span of my first rendezvous with the smartphone to where our current relationship is now, however, we had to break up for about a week; without my smartphone, those five to seven days were the most mystery-filled, uncommunicative days of my life. What were my friends posting on Instagram? What was this new app called Vine? I had to know!!!!!!

Getting a smartphone is like getting your own car – once you buy your obscurely branded vehicle, you see the same kind everywhere. I’ll walk into a restaurant and see some smartphones placed on the table that a couple is sitting at. I’ll go hang out with my friends and there will be long pauses of no interaction as we text/tweet/facebook/instagram/vine, with our faces buried in Gorilla Glass screens. I’ll be sitting at the lunch table and listen to cries of “He never texted me back!!!” and “Oh my god, look at the picture he just put up.”

Arguments happen over text and Twitter fights are known by general public as “entertainment.” I’ll ask my friends how their boyfriends or girlfriends are, and if they resolved everything since the last bit of trouble in paradise, and they’ll say, “Yeah, let me show you the conversation.” If I want to know what someone is doing or how they’re feeling, I can check any social media site out there. If we want to start talking to someone we’re interested in, all we have to do is ask someone for their number and text them, while scrolling through their Facebook pictures to see if they have anything to hide. But when we meet them in person, we can’t hide behind a screen and a hand-held keyboard; we actually have to know what we want to say, and know how to interact. Usually, it doesn’t work out.

Let me make this totally clear; I’m being a total hypocrite when I say what I am about to say, but blogging is all about expression, and I’m looking to express.

I’m getting tired of listening to girls whine about guys aren’t romantic anymore. I am so sick of hearing that chivalry and romance is dying, like it’s a huge surprise. We, especially us, ladies, are the ones who are killing it. We’re the ones who suddenly can’t stand mystery and suddenly don’t understand how to communicate.

We could easily blame it on other things – phone companies who make smartphones, the people who invented the internet, social media CEOs, boys – but when do we stop to think about how we actually could be part of the problem? Women have a natural propensity to need to communicate and be part of a supportive group. We naturally have a nurturing side to us that requires us to make connections and talk. Being part of a group also encourages gossip, curiosity, and a need to have the knowledge to be up-to-date; give us an all-purpose communication device (i.e. smartphones) and we’re forces to be reckoned with. But we have also become a hinderance to ourselves and to our ability to form healthy relationships. Being able to sit down with a significant other and tell them stories over dinner or whisper secrets we’d never thought we’d share face to face harbors a kind of intimacy that is needed in creating a real relationship. By spending so much time communicating via technology, we put up a cyber-barrier around ourselves. We are slowly losing our ability to have real, warm, human communication and interaction.

Girls, I hate to break it to ya, but guys have been cheating and lying way before the divorce rate was as high as it is today. They’ve been doing that stuff for centuries – social media and phone companies just give us the opportunity to see them in action. And when we do actually find a guy that appreciates us for who we are, we overload each other with communication and information within that relationship so that, almost immediately, the mystery is gone. But the ball keeps on rolling; we begin to crave that missing mystery and adventure, and the kind of intimacy and devotion that we see in movies like The Notebook and various other Nicholas Sparks spin-offs. When we don’t get it, we become uncomfortable in the relationship, saying that it isn’t the same as it was in the beginning, or that our feelings have changed, when in reality we’re just getting tired of the one we’re with because we’ve become so connected with them on every single level.

I don’t mean to say that romantic relationships should be regarded as the most important thing in one’s life. Far from it. But with senior summer on its way, relationships are on my mind, as most of my girlfriends are looking to have some beautiful, memorable summer fling. They’re picturing walks on the beach, intimate talks, sunsets, and road trips, but if this social media/technology thing keeps on going like it’s going, all they’re going to get are a couple hook ups in their parents’ basements that set up by booty-call texts.

All I’m saying is that I encourage everyone to put their phone away for a little. Instead of texting to communicate every-day stories to someone, call/visit them in person. When you’re on a date, keep your phone in your purse or your pocket. When you’re interested in someone, set up a hang out with them and your friends so you can see if you have a spark before you connect with them via phone/social media. If you want a relationship that keeps you on your toes, keep them on theirs – be mysterious, save stories for in person, and only use your phone to plan a hang out instead of general communication. As great as social media is, and as helpful as technology has been, back away from it for a little. Honestly, if I could write this in a pamphlet and publish it that way like they did in the 1700s, I totally would. Technology has stripped away some of the most important parts of humanity, and I want to bring us back to when making friends and starting relationships was simple. Seriously, enough. Disconnect and live your life; roll your windows down, let your hair down, and put your phone down.