TIME Magazine Got It Wrong: ‘Feminist’ Is Not a Word to Make Fun of 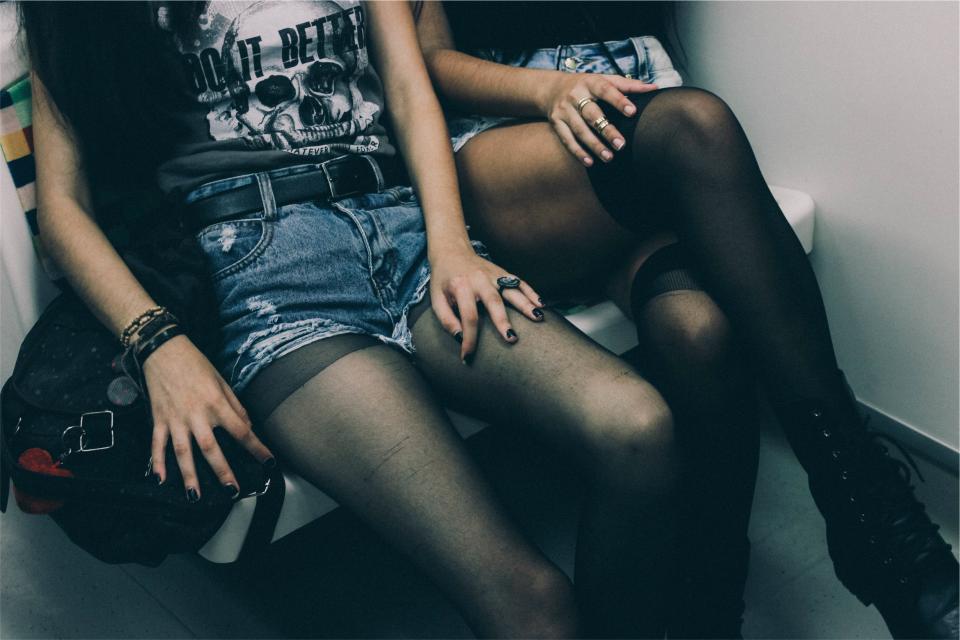 To mark the end of another year, TIME Magazine put out its annual poll of words to ban. On this year’s list, among words and phrases like “yaaasssss,” “obvi,” “bae,” and “I can’t even,” there was one that specifically stood out to me: “feminist.”

Clarification: this is clearly satirical list and highlights the ridiculousness of some of the phrases that are commonly used today, especially in pop culture and by college kids. It’s so interesting to me personally why “feminist” found itself sandwiched between “om nom nom nom” and “kale” on this list. I can think of plenty stupid words and phrases that need to be retired (thirsty, for example).

Nancy Gibbs, TIME’s managing editor, included an Editor’s Note within the article, stating an official apology for including the F-word.

“…the word ‘feminist’ should not have been included in a list of words to ban. While we meant to invite debate about some ways the word was used this year, that nuance was lost, and we regret that its inclusion has become a distraction from the important debate over equality and justice,” said the note.

It seems impossible for even the cleverest of readers to have picked up on any nuance within a list that so extensively covers some of the worst words in the English language today. However, it’s worthwhile to explore some of those “ways the word was used this year.”

Think back to Emma Watson’s speech in September when she stressed the importance of gender equality as a way to strengthen the fight for feminism and invited men to join the conversation, rather than make it a competition.

“Feminist” here was used as a tool of equitability.

Beyoncè went on tour to perform her out-of-the-blue release of her newest album, making a name for the “Modern Day Feminist” alongside the powerful voice of Chimamanda Ngozi Adichie in her song “***Flawless.” Highly criticized for her outward display of sexuality, Beyoncè upped the ante, showing that women can be forward, bold and unreserved, and still deserve respect.

“Feminist” here was used as a tool for innovation.

In the wake of the shooting of Michael Brown in Ferguson, questions involving the visibility of crimes against black women versus those against black men are being brought to light. Paris Hatcher, founder of Black Feminist Future, a new project with the goal of interrupting “virulent policies, practices and culture while advancing intersectional strategy, relevant solutions, engaging innovation and building power with Black women and girls for systemic social change.”

Hatcher brought these up in an interview seen in Colorlines magazine.

“[I question] the increased visibility of this case and the lack of visibility of women who’ve been killed by police. I think these moments are incredibly sobering for what type of progress needs to be made … When we talk about organizing a black feminist future, it’s a future where everyone in our community has the resources and access and power necessary to live and thrive.”

“Feminist” here was used as a tool for racial awareness.

And then there’s Malala Yousafzai, a 17-year-old Pakistani woman who was shot by the Taliban for advocating for girls’ rights to education. She was jointly given the 2014 Nobel Peace Prize alongside 60-year old Indian education advocate Kailash Satyarthi in October of this year. Yousafzai is well-known for her bravery in the face of sexism with her building of the Malala Fund, a program that aims to break the cycle of poverty and sexual exploitation that young women find themselves in by providing accessible education.

In her Forbes’ 30 Under 30 speech, Yousafzai said, “The best way to fight terrorism is to invest in education. Instead of sending guns, send books,” and “I fight for women’s rights.”

“Feminist” here was used as a tool for advocacy.

The inclusion of “feminist” in the TIME Magazine list was uninformed and distasteful. The F-word has gained more popularity this year, undoubtedly, which is ample reason for it to be attacked. Many of the problems with feminism come with the idea that its modernization clashes with respectability — a notion that women should be reserved in order to be taken more seriously.

Feminism, however, is simply equality for both sexes. That definition, surely, has enough substance for it to outshine every word in the English language, let alone “bae” and “turnt.”