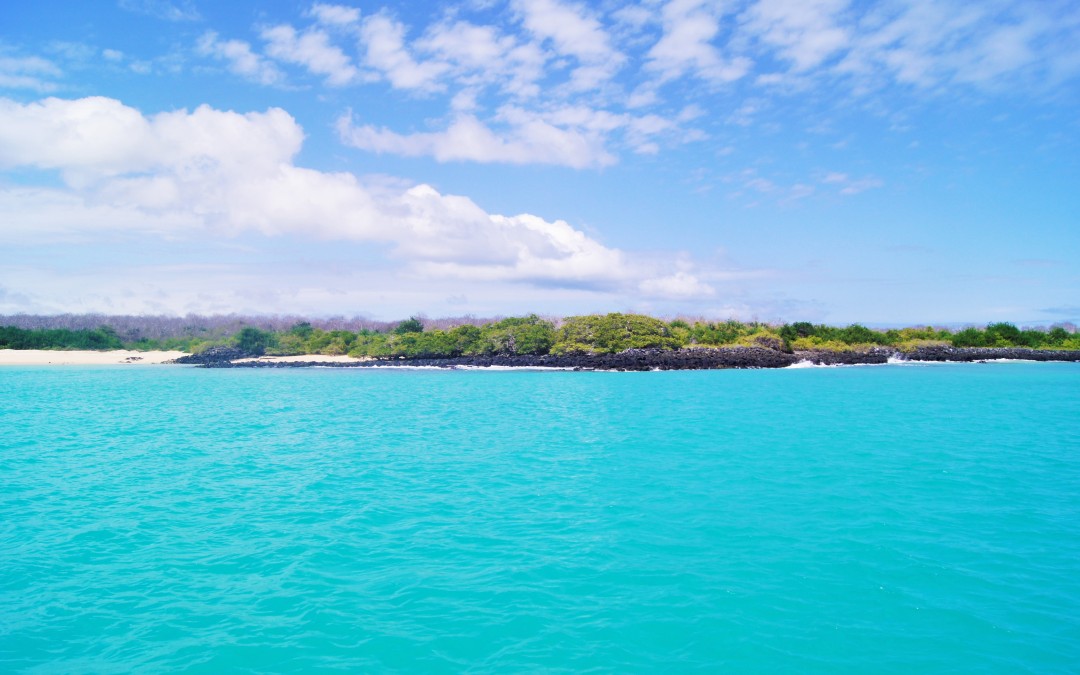 In January of 2015, three girls that I had met during meetings for a study abroad trip and I decided that we wanted to stay in South America longer than planned. We would be heading to Peru for 10 days as part of a group of students, but 10 days didn’t feel long enough.

We decided that the day after everyone would fly back to the States from Lima, we would be flying ourselves to Ecuador. We were going to the Galapagos.

The trip to Peru was unlike anything else. We all finished the journey in Peru’s capital, exhausted and exhilarated  after some surfing and a few cervezas. As people began to filter back home our last night and early the next morning, we prepared for an extra four days, sitting in our be-flowered, mid-city oasis of a hotel. The following day, we would roll into Guayaquil (pronounced, as we discovered in an embarrassing interaction in the Lima airport, “gwy-a-keel“), spend relaxed day at the most amazing bed-and-breakfast called Nazu House, and wake up early the next morning to board a plane to the Islands.

The morning we headed to the Galapagos, everything went right. We got to the airport with ample time. We boarded a little flight that served plantain chips and trail mix as snacks. Jenna, one of our group members who is entirely terrified of flying and gets some of the worst motion sickness I’ve ever seen, gripped the armrests til her knuckles turned white, but found, to her pleasant surprise, that we landed in San Cristobal without much turbulence. We even met a beautiful and kind Argentinian family whose daughters spoke English and gave us advice on finding a ride from the airport to our boat, which we would be taking to Santa Cruz, our final destination.

Waiting at the shore on San Cristobal, we found a small, upstairs restaurant and drank smoothies there. We met a lone traveler named Kate, who showed us to an ATM and told us stories of where to go. We walked along the boardwalk and sat on a bench right above a sleeping sea lion who had found her way to the shade. Tiny, Darwin’s finches flitted around. It was like a sun-soaked fairy tale.

We boarded our boat (Jenna took Dramamine), crammed in with a few other families, and let the (huge) waves rock us for a couple hours until we reached Puerto Ayora, the port. By then, it was late afternoon and we were ready to settle into our hotel, a place that we’d found online called Tortuga Bay. The pictures had been stunning, and on the website it said that it was a five-minute walk from town and the beach. We dragged our suitcases onto dry land and waved down a white pickup truck, the island taxis.

Saying hola to our driver, an older man with a cute mustache who helped us put our suitcases in the trunk, we asked for Tortuga Bay, to which he kindly obliged. We settled into our seats. Our driver pointed the truck out of town and began cruising.

At first it was cool. We got about five minutes out and actually saw a Giant Tortoise just walking along the side of the road. We did our best to communicate with our driver in broken Spanish, joking with him. As we got further out of town, the roads were lined with green foliage and the kind of magic you can only find on an island.

Our driver turned onto a dirt road, leading us into the foliage. I shifted in my seat. We passed a couple of secluded homes, but when we took another little turn, we passed nothing but trees. The girls and I looked around at each other, all wondering the same thing. We’d heard horror stories of Americans getting kidnapped or disappearing abroad, but our driver didn’t give us that scary gut feeling that we were told about.

Then we turned into an abandoned parking lot.

We were at Tortuga Bay.

It looked like the pictures, except dark, locked, run-down, and empty. There was a moped in the corner of the lot, but other than that, the four of us were profoundly alone. Victoria and Abbey went to go check the door, and our driver got out to help us with our bags.

“Uh, uno momento, por favor” I said to him, standing with him by the truck while the girls looked inside.

“There’s no one at reception,” said Victoria back at us. They knocked, they pulled the doors. We tried calling the number we were given in the confirmation email we’d received from them. Nothing.

Standing in the dirt parking lot, the four of us had the simultaneous realization that we were on a Spanish-speaking island in the middle of the Pacific with no place to stay for four days. We had no one to call, no one to rely on but ourselves, and no clue of what to do next.

Abandoned or not, Tortuga Bay was in the middle of nowhere. At the very least, we would need to eat at some point. With a four-way shrug, it was decided that we would head back into town to figure out what to do from here. We asked our driver to please take us back to Puerto Ayora.

Sitting in the car, I actually started laughing. There was just nothing else to do.

Then our driver said “Uno momento,” flipped open his phone, and began speaking in rapid Spanish. We listened quietly as he drove us back out of the woods. I heard him say “quatro chicas,” but that’s all I could pick up. He hung up.

In broken English, he began to save our asses.

He told us that he’d just spoken to his family friend, Martha, who owned a small hotel in Puerto Ayora. She had a room available that would easily fit four people, and an English-speaking cousin that could set us up with tours and adventures for the following days. It was also, as it turned out, $200 cheaper. And we hadn’t even asked him for help.

“Me llamo Wilson,” he said. The rest of the drive was a solid 20 minutes of us thanking Wilson over and over.  When we reached Martha’s, Jenna hugged him.

Completely at the mercy of the island, our trip to the Galapagos was made possible almost entirely by people who were willing to help. Without the Argentinian family we’d met, we would not have found a way to the docks. Without Kate, we wouldn’t have found a cheap place to get money and we wouldn’t have known what tours to do. And without Wilson or Martha, we wouldn’t even had had a place to stay. As we sat down to dinner that night, having dropped off our bags in a beautiful and safe five-bed hotel suite complete with a couple tiny geckos running around on the walls, we realized how lucky we were to have experienced such an amazing side to humanity. The kindness that we were shown without any prompting was eye-opening and made me think about the last time I’d shown kindness at such a level.

At dinner that night, the weather was perfect. The next day we would be getting up to snorkel, but until then we just enjoyed the fact that we had a place to stay.  We came up with a mantra for whenever anything good happened on the trip: Praise Wilson.