The Fight For Equality Still Needs People, Starting With Our Generation 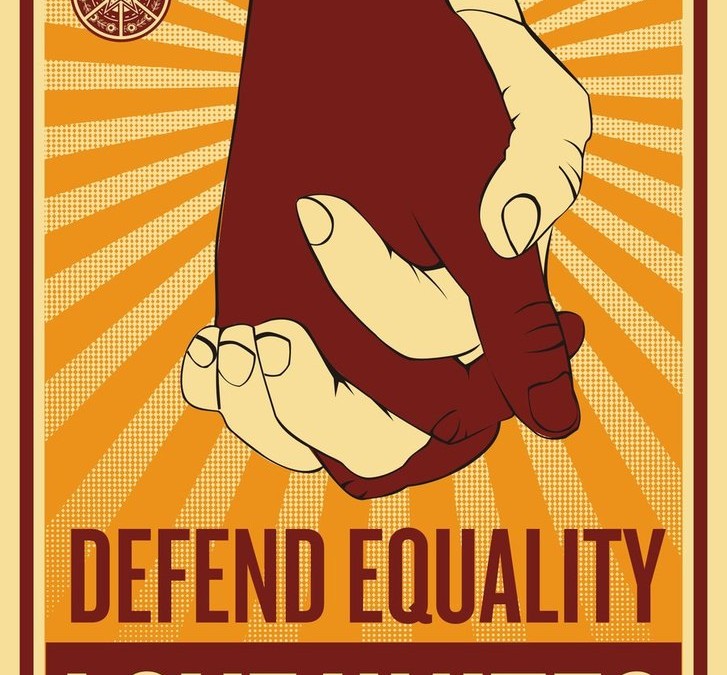 In February of this year, 80,000-100,000 people marched in Raleigh, North Carolina to fight for justice and equality. And you never even heard about it.

This peaceful protest was the brainchild of Reverend William Barber II, North Carolina’s current NAACP president, and was part of a larger movement dubbed Moral Monday.

By the time of this massive event, the movement had already been alive for a year and is still continuing as you read this.

According to Rev. Barber, there are five main objectives for this movement: 1. Insure economic sustainability by securing pro-labor and anti-poverty policies, 2. Education equality in terms of both quality and funding, 3. Healthcare for all and environmental justice, 4. To address flaws in the criminal justice system involving race and class, and 5. Defending and protecting voting rights, as well as general rights for all (based on race, sex, gay or straight, immigrant or native; you name it, they’re fighting for it).

Just sounds like a bunch of liberal hoopla, right?

The panel opened with Barber apologizing for being on the stand so long.

“In the Forward Together Moral Monday movement, ‘we’ is the most important word,” he said, explaining that it is not just his own voice behind the movement, but thousands.

After the panel asked everyone in the room to stand and join them in a hand-clapping rendition of “Woke Up This Morning With My Mind Stayed On Freedom,” Barber got down to business. Admittedly, it was easy to be a bit weary of the situation.

Was this just another religious movement with a hidden agenda? Was it just a different way of framing protests like those of the horrific and infamous Westborough Baptist Church? But as the panel continued on, these wild notions were completely blown away.

These notions of equality and basic love of humanity were palpable during the panel presentation, blasting any existing religious stereotypes that may be associated with the movement.

Barber also taught the audience a little bit of history, which was backed up academically. “The worst thing you can be is loud and wrong,” he said.

Post-civil war, Fusion politics took over the government for half a decade. In 1868, the legislature (which had more black men in it then than it does today) rewrote the constitution. Under this new legislature, it was written that “all persons are created equal.” Barber calls this the first Reconstruction.

In 1872, there was a violent reaction to African-Americans involved in the government, called the “Redemption Movement.” The Ku Klux Klan began its true insurgence and America entered a period of progressive rewind as minorities, especially African-Americans, were violently discriminated against. In these periods of regression, Barber claims that five basic building blocks of a group are typically attacked: rights to education, labor laws, criminal justice laws, tax laws and voting rights.

Reconstruction number 2 is one many people are more familiar with: the Civil Rights Movement of the 1960s. Was there regression after this? Barber claims there was. Icons of the movement and well-loved leaders amongst different (as well as overlapping) groups were assassinated; Dr. Martin Luther King Jr., Malcom X, John and Robert Kennedy. The list goes on.

With the election of Barack Obama in 2008 and his promotion of Fusion Politics. Barber speculates that we are “entering the embryonic stages of the
third Reconstruction.”

And yet again, in North Carolina especially, there was an attack on voting rights in the form of voting restrictions in order to “decrease voter fraud,” which is virtually impossible to pull off. But the third time’s the charm –Barber claims that acting now is what may help finally secure equality and basic rights.

So what can we do, Miamians? After all, our very own Western was the site of training for the historic Freedom Summer. The ideals of equality are pumping through the veins of this very campus (or at least they used to).

Every revolution needs a young face. Looking at photographs of the Civil Rights Movement, many participants were youths ready for change. In the Middle East with the 2011 Arab Spring, university students were at the forefront. Here’s another chance to help shape our country’s future, state by state.

“The goal here is not just to remember what has happened, but we need to have a revival and go to work,” said Barber. “The movement is alive. People are standing up everywhere.”