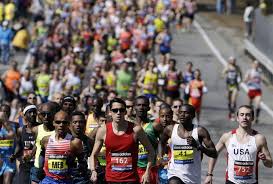 The cover of Rolling Stone is brilliant.

It hasn’t even hit the shelves, and there’s already controversy over it. Why?

Yeah, that. So let’s talk about the facts for a second.

Rolling Stone has always been provocative and evocative. It has a history of challenging its readers to decide to agree. But on almost every cover, for almost every story, there has been a music artist. Never in the history of the magazine has there been a picture this controversial, this provocative, this flooring. That’s exactly what it is: flooring. I saw the magazine cover on the news yesterday (a little late to the punch) and immediately said, “Why is he on the cover?”

At first I was pissed off, and a part of me still is. Look at the kid. Seriously, look at that picture. Not only did Rolling Stone put a photo of a world-wide known terrorist on the cover of their (um, hello) American magazine, but they also didn’t choose a gross, bloody one from the various war zones of the days following the bombings, or one as he lay in the hospital bed riddled with bullet wounds, or a gaunt mugshot of him from some student ID. They chose a photo that makes him look… well… handsome. On the cover of Rolling Stone, Dzhokhar looks like a rock star. Doesn’t that kind of piss you off? He killed people, including an 8 year old child, and maimed hundreds more, and he gets his face on the cover of a magazine. He gets to smirk from every newsstand in the cities, and he gets to peer from what’s left of the stores that will sell Rolling Stone in the suburbs. He is, essentially, completely idolized.

So then I read The Article (http://www.rollingstone.com/culture/news/jahars-world-20130717). It has every Bostonian in an uproar. The whole of Massachusetts is still trying to heal after this horrific tragedy and Janet Reitman chose to include details that described Dzhokhar and his siblings as “very soft, like cuddly kittens, all four kids, always hugging and kissing each other.”* In her article, Reitman includes details that make Dzhokhar (affectionately known as “Jahar” for the entirety of the article) look like he’s almost being accused, like this whole thing wasn’t his fault. She quotes his high school friends, saying he was lovable, and cute, and humble, almost unassuming, a diamond in the rough with no place to shine. Reitman chose to include that he was, to one of his many, many friends, “just, like, this nice, calm, compliant, pillow-soft kid.”* He had good looks, but wasn’t boastful about it, and he didn’t exploit any girl he had an interest in. He had a loud laugh and people would know it was him when they heard it.

The Article keeps going on and on about all this sensitive stuff, quoting all of these people who are still incredulous that it was him involved in the bombings – coaches, friends, family – creating this good cop, bad cop vibe between depictions of Dzhokhar compared to his brother, Tamerlan. Where Dzhokhar shined, Tamerlan needed polishing. He wasn’t social enough. He wasn’t assimilated enough. He wasn’t handsome enough. Reitman, describing Tamerlan’s abrupt return to his Islamic faith (and thus is apparent and increasing extremist attitude), makes Dzhokhar look like an angel in comparison. Maybe Dzhokhar’s motives were just products of Tamerlan’s beliefs? The outrageous story is there, saying all of this and more, sandwiched between the 19 year-old’s arrogant smirk on the front cover and the very back page.

But let me tell you why this issue of Rolling Stone is also brilliant.

I recently went to Ohio to visit my school that I will attend in the fall. It’s beautiful out there, all these open fields and rolling hills. At orientation, we spoke about where each of us were from. When I said I was just an hour outside of Boston, everyone was like, “Wow, Massachusetts, that’s pretty far!”

Listen. A week or two after they brought Dzhokhar into custody, the story was dead. While Massachusetts may not have moved on (and still hasn’t), the rest of the country did. Onto the next tragedy, onto the next surprise. Outside of New England, there is very little concern over the bombings, especially around kids my age.

This is what I know about news and its correlation to the public’s appetite: we, the public, are insatiable, and we have daily needs that have to be met. In a world where everything comes faster to us, and every story is covered and uncovered, we get bored with the same thing over and over. Sure, give us little updates. We love quick, 30 second anecdotes that give us something to talk about over dinner. But after that, our attention spans reach their limit. (Unless you have cool or disgusting pictures, then we’ll watch for a little bit longer.) The coverage on the bombing story took over news stations in April, but then died down almost completely. Why? Because the country was getting bored. We already knew most of the reports that were being shared because of social media and because we had seen them before. We didn’t need any more.

What Rolling Stone is doing here is bringing this story back to the forefront of the country’s priorities. Not only is it a risk, but it is also completely admirable. The rest of the country, before now, had left the tragedy behind, knowing it only as a distant devastation that didn’t directly affect them – now, the USA is buzzing over the bombings again, simply because of the cover of this magazine. Massachusetts has been mourning and healing and rebuilding, and the rest of the nation needs to be beside us for the whole ride, not just the first month. What Rolling Stone has done with this provocative marketing is a brave attempt at giving life back to a dead tragedy, and for the most part, I don’t think it’s wrong that they did it this way, especially regarding The Article.

Those who have read The Article itself find it a bit insulting, to the point where some Bostonians said they hope no one from Massachusetts ever purchasesRolling Stone again. People are looking at the magazine like it is now a pro-terrorism ragmag, when all the article ever actually did was qualify that “Jahar” was, in fact, human.

In times like these, when horrific terror is involved, the public wants stories that give it vindication. We want the news to cover all the bad things that Dzhokhar did in his lifetime. We want to turn him into this monster (which he is, there is no doubt about that), and we want proof of signs of violence and evil and extremism before his act of terror. Then articles like this come out, articles that can turn a monster back into a human, back into one of us, a rational, normal, level-headed entity. We are bleeding, we are missing limbs, we are dead and gone, and the person who caused all this is bleeding and hurting, too. It can’t be true, he could never have been a soft, cuddly kid. Life could not have taken someone like that and turned him into a killer. Could it?

In 2008, when Dzhokhar was around 14,  a remake of the old show Get Smartcame out. It featured Steve Carell as Maxwell Smart, this awkward-government-office-guy-turned-agent, who goes around undercover trying to defeat this underground terrorism group. In the beginning of the movie, Smart always writes these long reports on mundane things that the terrorists he’s tapping into are saying or doing, like drinking a coffee or eating a muffin. He emphasizes the importance of being able to relate to these terrorist groups on a human level, recognizing they are just men with different views, extreme but otherwise human. That’s what this article is saying. Dzhokhar, underneath it all, is just human, even if he himself doesn’t recognize that.

In the end of Get Smart, Maxwell’s knowledge about the terrorists on a human level gives his an angle that allows him to defeat the group.

Being able to understand what makes a killer is a quintessential part of reconciling an event like the Marathon Bombings. Rolling Stone just paved the way for the beginning of that quest for that knowledge. We have to understand that within every person, there is a form of motivation that comes from different areas of life. We cannot generalize Dzhokhar as just another extremist. It’s time we take an event like this and learn from it, learn the motivation, learn to understand.

Look, monsters are real, and Dzhokhar is one. But this is real life, not a story book – in real life, characters aren’t flat, they aren’t 2-dimensional. Everything is complicated. Dzhokhar is, to some people, just “Jahar,” just another kid on the block. It wouldn’t be fair or honest to report anything but. By writing this article, Rolling Stone isn’t supporting the brothers’ actions. It is simply reporting, reawakening. While I do personally agree with the fact that some chains took it off their shelves, especially in areas on the East Coast (the cover truly does sensationalize the kid, which I feel is wrong), I feel that it is completely uncalled for to totally say that the magazine is a piece of trash and that no one from around here should ever purchase it again.

Good journalism is journalism that provokes emotion and response; in that case, this is amazing journalism and I encourage anyone who is reading this right now to go to the link under the asterisk below and check it out.

Rolling Stone, your cover is a brilliant piece of marketing. But, like some others, I believe your net proceeds for this issue should go to the One Fund, because I know that the sensationalized cover was one that was supposed to bring in money – you shouldn’t be able to benefit from the terror of other fellow Americans.

In the inscriptions found inside the boat that Dzhokhar found himself hiding in, the kid wrote words that sounded like apologies. He inscribed almost an explanation for his actions. He ended, however, with a classy, two-word sentence: “Fuck America.”* May everyone who reads the article realize that the cuddly kid that once was is now officially gone. His face was on the news, in papers, and now on the cover of magazines; his work can still be seen in Boston’s hospitals. He had a tough life, but kept cool, until he couldn’t anymore. More than he deserves an article that recognizes him as a real human, he deserves a life in prison. I hope America can at least give Massachusetts that.

As far as the rest of America goes, they can decide for themselves what they think about the magazine. Just keep what I had to say in mind.

*All quotations and references to Rolling Stone should be credited to this article: