What I Know About Beauty: Two Parts 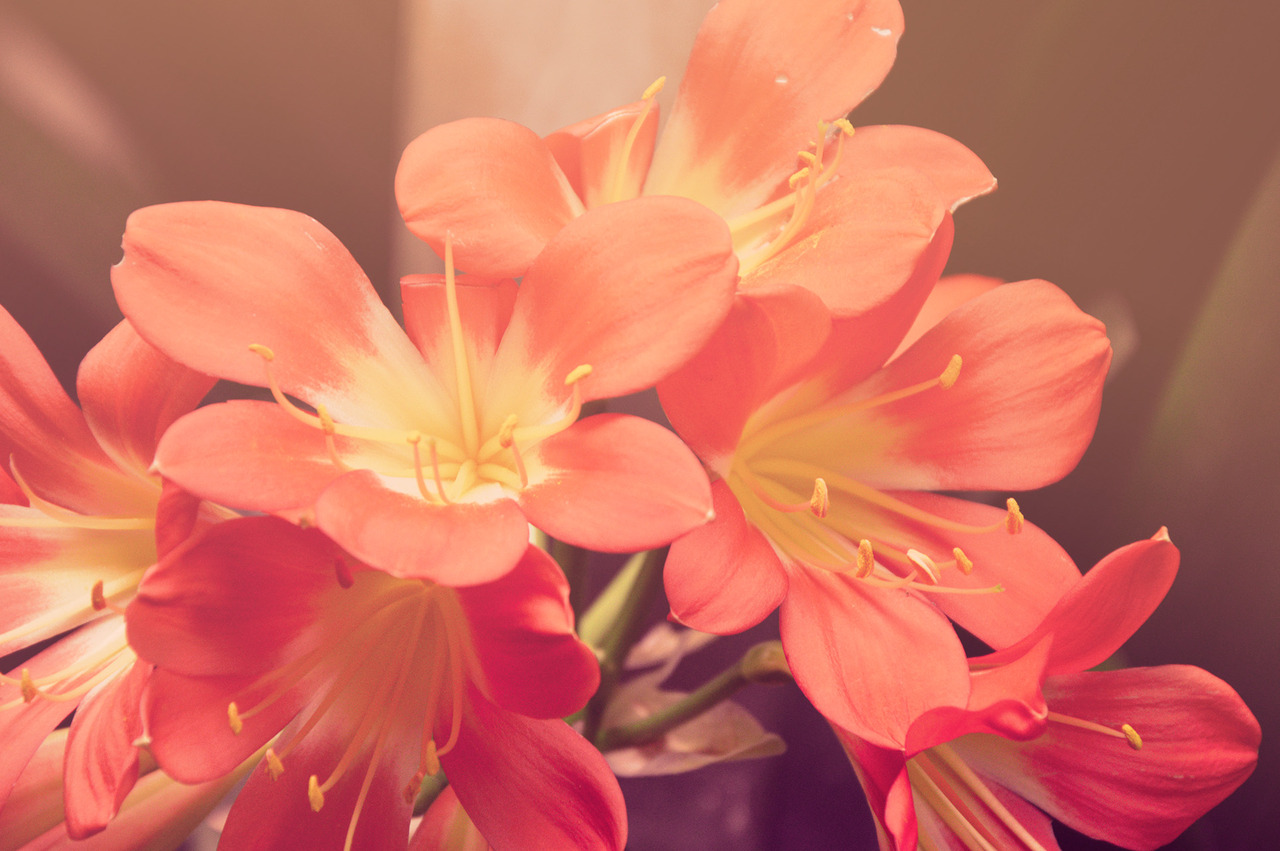 A week or two ago I was running on the track inside Miami’s Rec Center, doing my part to eradicate America’s obesity problem. I was with my friend Maddie (ha ha yes we have the same name), and as I ran up behind her, I slapped her butt, and cut in front of her. There I was, totally winning the non-race; I could feel my legs reaching and bounding, and every part of my body was working in unison, every tendon, every sinew, every ligament was stretching and shrinking, stretching and shrinking, I felt awesome, I looked great –

And then I tripped.

And I mean tripped, like “Help-I’ve-fallen-and-I-can’t-get-up!” tripped, like electric-blue Asics-clad toe catching itself on flatter-than-paper ground, arms flailing, knees hitting the plastic floor, followed by palms, then shoulders, ending with a neat little roll which left me literally-sprawled-across-all-four-lanes tripped. So I just laid there. People could jump over me if they wanted to; everyone saw me trip so logically what was the point in scrambling back up?

Maddie jogged over to me, like, “Dude, what?” and I was just like, “I just totally ate it.” Then I held out my arm and she pulled me up and I kept on running with her.

After we left the gym together, we just looked at each other and it dawned on us that the track had actually made me its bitch.
I told her, “Can we just reflect on the fact that I tripped over nothing in front of a bunch of people?” and it became this hilarious joke for the remainder of the weekend.

I wish I could say that I was totally and completely humiliated, but I wasn’t. And that surprised me so much that I was like, “Gotta blog about it.”

Here’s what’s so weird. A couple years ago, I would have been mortified. That’s not even an adequate word for how I would have felt. I would have probably laughed weakly, brushed myself off, and then cried a little in the bathroom. I wish I was kidding. It would have taken me months to feel comfortable on that track again, and if I saw anyone there that I’d been running with That Day, I would avoid running until they left. Case in point: I was crazy, crazy, crazy insecure, probably more than your average teen. So what the heck changed?

Part 2.
Beauty, for me, comes in two parts, just like this post. One is inner beauty, defined by one’s individual confidence, morals, values, interests and dislikes, and all the stuff that is generally there but aesthetically hidden. The second part is outward projection, or what you put out as your image.

The day that I started to theorize beauty in this way happened earlier this semester, when I was looking though my own pictures on Facebook (we all do it). I was on a quest to find out what I actually looked like before I gained the Freshman 15 (or 10, in my case). I wanted to get back to a healthy lifestyle, so I was looking for how I looked at my original – now target – weight. And something dawned on me.

I am incredibly hard on myself, but I was especially so in high school.

It sounds simple; everyone knows that teenagers are the most critical of themselves out of any other group of people. It has to do with the concoction of hormones swirling around in our brains, but I didn’t realize up until that point how much that clogged my vision. Flipping through all these old pictures, things that I had once thought were fat rolls became the healthy hills and valleys that come with being a woman. The double chin that I always thought I had was simply a round jawline. My awkwardly-shaped body became a normal one. I couldn’t have been more wrong about myself.

It got me thinking about how skewed our vision, especially as young women, gets as we look through various lenses; societal values, personal insecurities, etc. – and how we take what we see on the outside and think that it reflects what’s on the inside, when it is simply a refraction of those lenses.

You are, I’ve decided, only what you perceive yourself to be.

I thought I was fat, which meant I was fat, and that was all I was, even though I wasn’t. Sounds confusing. What I actually was, was a dreamer, an aspiring writer, a music lover, and a good friend.  But all I knew of myself was that I wasn’t the archetypal skinny chick, and so that perception was all that mattered.

Upon realizing the glaringly obvious fact that I was hard on myself in high school, something began to shift, and that’s the reason I wanted to put this out on the www. Because as I realized that perception is all we are, I came to understand that it’s all on us to change the idea of ourselves.

Of course, it’s hard to achieve such a personal and accomplished mindset when we have our society-driven internet, upon which we see shit like this:

Excuse my language, but who the fuck made that? The only reason that your hipbones should ever be protruding is if it’s genetic, like you were born that way or your mom and your mom’s mom and your mom’s mom’s mom all have a biological disposition to be thin. And let’s be totally honest here; no amount of thigh gap is ever worth me not being able to eat bacon-pineapple pizza from Sundial or free cupcakes from Miami Ice if I feel like it. It’s not about giving up on perfection; it’s about letting go of it.

Ladies, we’re women. We’re built to carry weight in certain areas of our body.  There’s a reason it’s so hard to get rid of; it’s supposed to be there. It’s not ugly, it’s amazing; it comes from millions of years worth of generations of humans. And if your largest insecurity stems from trying to impress the person you like, I’ll have you know that because of the media and its depiction of “the ideal body,” women have actually been  losing their evolutionary skill of knowing what the opposite sex wants, and therefore are incorrect in understanding the body types men “prefer.” (AKA, healthy ones).*  And so with all of the focus that our society has on outward appearance (for both genders), we are beginning to ignore the first half of our own beauty: that is, who we actually are. Coming to terms with what you cannot change is the first big step in loving yourself. For example, my thighs touch, my hair is frizzy, and I’m not Beyonce. But that’s cool.

I am beautiful whether or not I perceive myself to be; upon recognizing that, it’s easier to be the kind of beautiful that I can see. With that shift in perception, the inner beauty changes, and subsequently, so will the outward beauty.

You are who you are when no one is watching. What you look like has nothing to do with your personhood until you let your inner beauty reflect itself in outward action. We are not glossy faces in a magazine, we are not supermodels during fashion show season, and our boyfriends are not Ryan Gosling, nor do they need to be. Our lives are, in some way, dictated by the way we perceive ourselves, so recognize your worth, and your skills, and your passions, because you’ve got it all. Maybe you don’t realize it now, but you do.

And who knows, maybe all you need to recognize your beauty is something as simple and unrelated as tripping in front of a lot of people at the gym.

And for the record, out of all (now) three pictures of myself in this post, this one is my favorite. It might not be me in a red dress, or me with a flatter stomach than I have now, but it’s who I am when no one is watching. Sometimes inner beauty doesn’t exactly have to be….um…pretty:

*I hate writing about what women need to know in order to attract men, like it should be the primary goal in life. There shouldn’t be any complicated facade or tactics a woman has to involve herself in in order to find a partner. Disclaimer: if you’re looking for the right man, you’re not going to find him. You need to learn to love yourself before you can love someone else, as that person is likely going to be equally as flawed as you are, if not more. When you’re at the point where you accept and love who and what you are, rather than simply tolerating who and what you are, that’s when I believe love will find you. Life is a huge adventure. It’s not a linear path, and it’s not a span of years given to you so that you can live quietly. It’s an interconnecting web of people and places, love and loss, travel and dreaming. Letting your body dictate what your inner beauty actually says about you and focusing only on how to attract and impress other people is the easiest way to simply get trapped in that web.