How Rape Culture Gives All Men A Bad Name 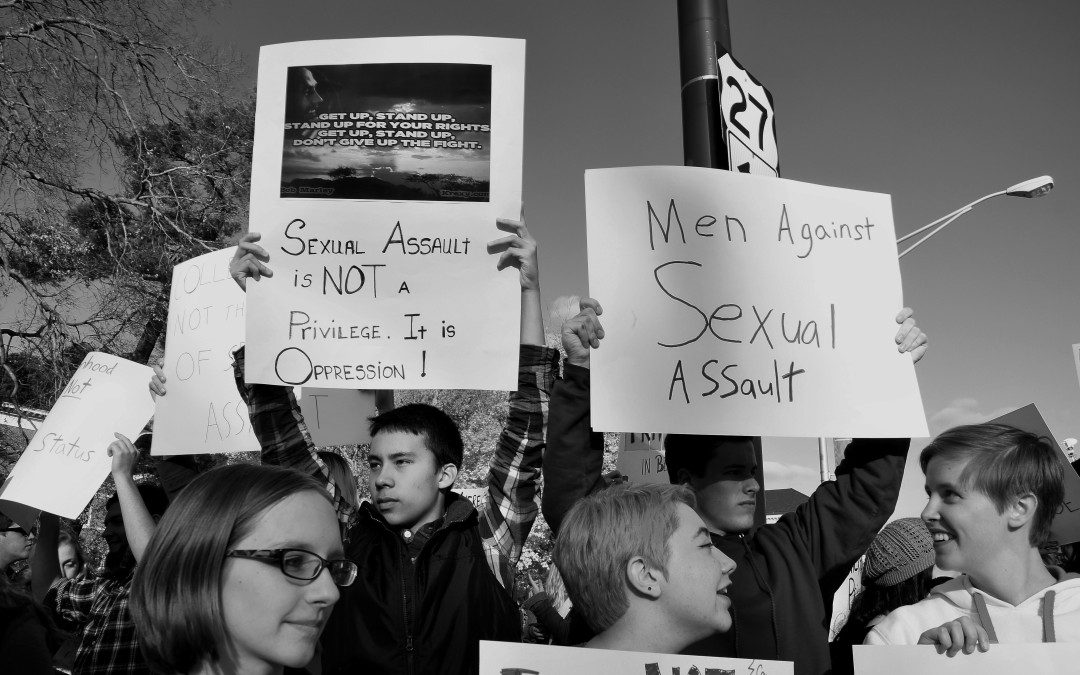 Rape Culture: according to Huffington Post, it is defined as “a culture in which dominant cultural ideologies, media images, social practices and societal institutions support and condone sexual abuse by normalizing, trivializing and eroticizing male violence against women and blaming victims for their own abuse.”

And I’m sure you’re tired of hearing about it, especially if you are a guy.

The dialogue on rape culture and sexual violence was brought up yet again a couple of weeks ago at a demonstration outside Farmer School of Business to protest the appearance of George Will on Miami’s campus, an event covered by this newspaper. Will wrote an article on rape reports on college campuses, saying that as universities coddle their students and make victimhood a coveted status, victims will multiply.

As an attendee, I got to walk among many strong and vocal women, yelling “Nothing Less Than Yes!” and “Hey Ho, George Will Has Got To Go!” It was refreshing to see a different side of people than usually seen on this campus, an attitude built on the will to express.

I was surprised, however, to see men at the demonstration. Even more so, I was surprised to see that they were holding up posters with things like “Men against sexual violence” written on them. You can imagine my astonishment when I later heard the president of Men Against Rape and Sexual Assault, a club that I didn’t even know existed on Miami’s campus, speak after the protest.

This is what rape culture is doing to men. Believe it or not, most men are actually not bad people. Most men would not even think about raping a woman. Rape culture is dangerous, and it is magnified in the media and various social contexts, but it depicts all men through a lens that makes them appear archaic, backwards and simply-sexual beings.

Rape culture looks at men as though they have no emotions, normalizing only strong and violent urges, like sexual assault, anger or jealousy, therefore minimizing any male capability to feel “weaker” emotions, like affection, love and even contentment.

Rape culture also allows room for excuses, making the victim (who, statistically, is usually female) responsible in some way for the crime, in the way they dress, in how much they drink, in the type of people they hang out with.

This is a societal problem that gives leeway, even if only slightly, to boys over girls in terms of their responsibilities.

Rape culture is a delusion that masks reality — that rape happens because of rapists, not because of the way women act and not because a man is simply a man.

The words “Man” and “Rapist” have become increasingly intertwined. And because the fight against rape culture has traditionally been a female one, it is as if men cannot untangle themselves from that stereotype. It is obvious that this opinion on rape culture may be an unpopular one, but it’s simple and honest — men as well as women are prisoners of this societal idea.

The fight against rape culture and sexual assault and violence is not one-sided and cannot be treated as such. As Emma Watson said in her HeForShe campaign, we have to open up the conversation.

It is ignorant to think that this is a one-gendered issue. Rape culture is as destructive to our idea of men and masculinity as it is to femininity. It fosters segmented gender roles, a stigma that women’s rights movements have been so adamant to destroy.

The bottom line is this: to completely kill rape culture, we must bring women up and not put men down.