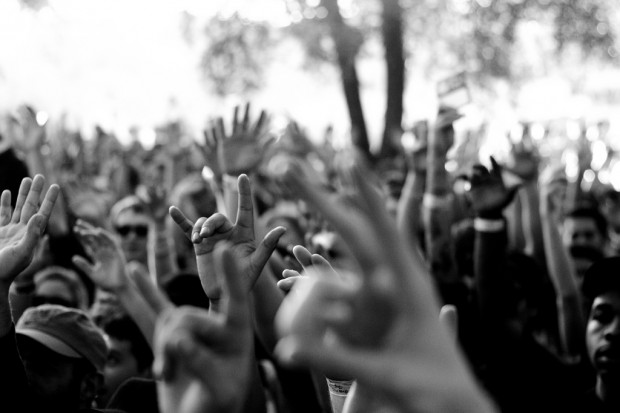 This post is the beginning of every ramble or rant that I have in store, so I figured we could start this off easy with the song Heroes, originally by David Bowie, covered by The Wallflowers.

When I was younger, I was given Bringing Down the Horse (on a recommendation given by some ex-family member who has amazing taste in music, i.e. Grace Potter and the Nocturnals, The Grateful Dead) and thought it was the coolest album I had ever received – even now I get a crazy nostalgic rush when Bleeders or One Headlight comes over my tiny Subaru stereo.

The best part of the 90’s album is that even when Jakob Dylan (shout out to Bob; thanks, man) was singing that he “wished he felt nothing;” he sounded so at peace to my wannabe-alternative high school freshman self that the album would always put me in a good mood. His ballads to some girl or about escaping some town were heartfelt, I’m sure, but I would always put the CD in to hear how un-bothered Dylan’s voice sounded. It would simply always put me at ease.

Anyway, I recently watched The Perks of Being a Wallflower. At first I wanted to see it because, well, Logan Lerman, but I was so struck with how honest the movie was in the way the characters’ faces were only half-lit most of the time, and in the way Lerman’s character Charlie spoke to himself and others, and especially in the way that it showed how one can be so carefree and yet so anchored to his past that it could eventually drown him. But I digress.

In the movie, a song – David Bowie’s Heroes – comes over the radio, and Emma Watson climbs into the bed of a pickup truck zooming through a tunnel pretending to fly while it plays. The scene is exhilarating, symbolic of Logan Lerman’s new beginning, so when I figured out that The Wallflowers ironically covered this gem, it needed to be posted. A lovely anthem symbolizing this blog’s new beginning. Enjoy.