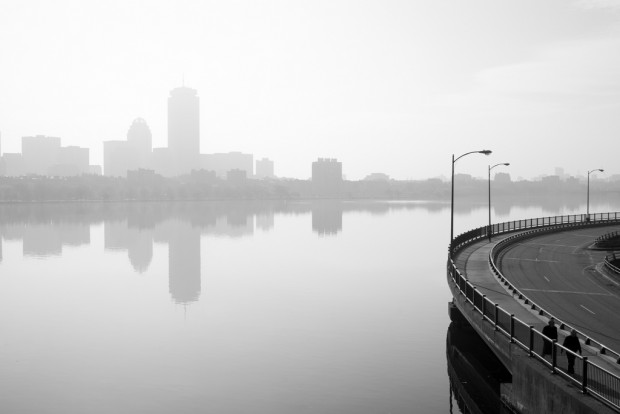 I recently read a letter by Michael Rogers, a man who will soon become a priest and a native of my state’s capital, Boston. He was extremely forgiving and gracious towards Dzhokhar Tsarnaev, a.k.a. suspect number 2, and it was incredibly beautiful to read.

I also have a few things to say about the attack on my state’s soil, now that it is the week anniversary of the bombings.

Over a decade later, on Patriots Day, I begin to celebrate the annual event of the Boston Marathon. Like Dzhokhar, I prepare for it. We both prepare for the throngs of people (that gather from all over the world to begin at a starting line that is only a few miles from where I live), the noise, the distractions. We both prepare for the joy, the conversation that will follow once people begin to cross the coveted finish line. I stay at home, painting a project for school in the beautiful hot sun, wearing a fat white headband that pins my curls back. Dzhokhar goes to the race, carrying a heavy bag in the sweltering heat, wearing a bright white baseball cap that pins his curls back. Like Dzhokhar, my mind is on a very important project. I am too busy to notice my brothers’ eyes scanning my painting. Dzhokhar is too busy to notice the security cameras scanning his face.

My mom comes out in the hot sun. Her eyes are wide and wet.

“A bomb just went off at the finish line of the marathon.”

Dzhokhar takes a second to breathe. All of the hammering and cracking and polishing and spreading and embedding took a bit out of him. I understand. Self expression can exhaust a person. Then he begins to splatter paint again.

“A second explosion went off.”

My mom’s eyes are wide and wet.

I walk inside from the hot sun and look at the TV. The reporters are trying to peer through the smoke.

I will later see pictures of a sidewalk. It is covered in paint splatters. Red, black, and grey, just like my painting.

I will later see pictures of a man with no legs. His eyes are wide and wet. Big and dark and wet, just like my mom’s. A man in a cowboy hat is rushing with him to an ambulance, clamping long, dark strings of exposed arteries in his fist so that the victim may keep his blood.

And I thought my painting was big.

I was not old enough to experience the feeling of terror that goes along with, well, terrorism. I realize that the Boston bombings, while horrific, are not much in comparison to 9/11. But the feeling of utter disbelief, of being out of control, of losing some of my city’s people, of my city’s sidewalk being caked in blood and body parts of my country’s people, that’s something that is comparable. And, unlike Michael Rogers, I hate Dzhokhar and Tamerlan Tsarnaev and the people they were working with for causing that kind of horror. For killing 4+ people, all under the age of 30. One under the age of 10. For stealing body parts and normal lives.

I hate Dzhokhar for throwing bullets and bombs at the police force in his attempt to escape. I hate him for running over his older brother with a car while he was trying to get away. I hate him for seeking refuge in a boat in a backyard in Watertown as he bled out.

And yet, as I type that last sentence, my heart catches on “seeking refuge.” Because that statement seems to make him a human again, a person, a kid, like me. And a killer can’t be human, right? He can’t bleed out, can he? He couldn’t have felt fear, could he? He couldn’t have realized, in the midst of his actions, that he could never get the best of Boston or America, right?

I’m 18. Dzhokhar Tsarnaev is 19. He does not have a future, he no longer has a brother, and he committed an act of hatred and malice towards his own kind: other humans. But he failed. I feel no pity, and yet it’s sad. So young, so much promise, so much pressure. Something had to finally break. But when it did, the people of Boston were there to fill in the gaps. To give blood immediately following the bombing. To report sightings of the perpetrators. To heal. To hunt.

So while the victims of the bombing washed the blood from their faces, I washed the paint from mine. Our wide eyes closed in rest when the kid was found, our tears squeezed out of them. For Dzhokhar and the victims, the road is long, rocky, and unsure. But Boston, if anything, is bigger, better, and closer. It took Bostonians 5 days to find Dzhokhar. 5 days. The police ran a marathon of their own.

And who knows? In the next few years, maybe we’ll see some of the victims back in the hot sun, running a marathon too. I hope to see them along side the other marathoners, cheering, breathing, smiling as one entity, just like when the Yankees sang “Sweet Caroline” for the Sox.

I’m extremely proud of my state of Massachusetts. Don’t mess with Boston.

As for you, Dzhokhar, good luck with the rest of your life, kid. You could have been something great.